The most powerful drumming project on the Czech music scene.

No sound engineering needed as the entire band can move and play while walking.

We can come anywhere. The Groove Army performance can be combined with a workshop as we have instruments that can be rented to up to 2,000 people. 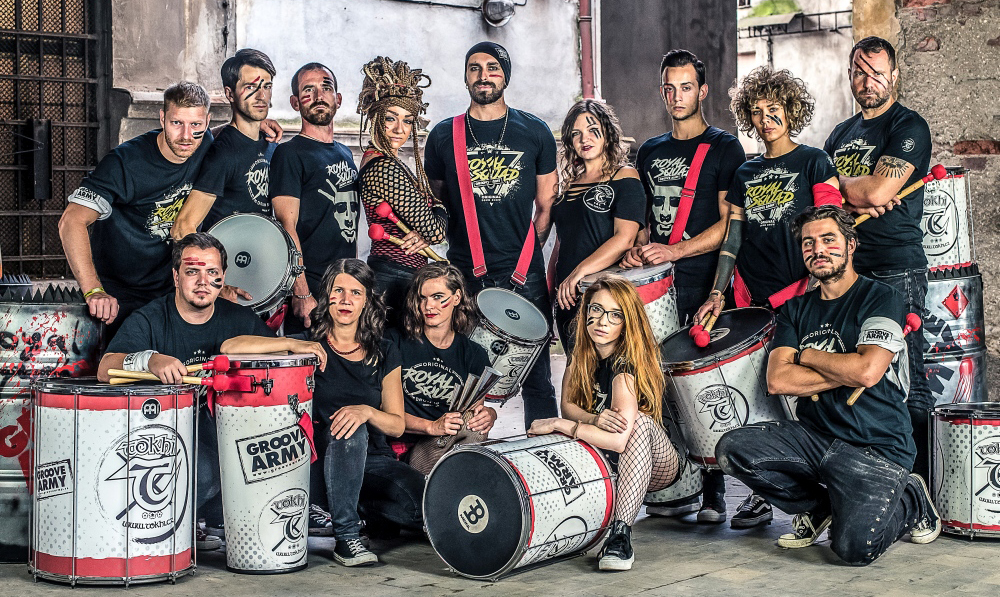 In the beginning, there was a dream. And that dream was brought to life thanks to a mission that came like a bolt from the blue. Tokhi was faced with a difficult task: to put together and train – in a matter of weeks – a bulletproof drum unit. It worked out. We’ve come a long way since our founding, and no stone was left unturned, but the Groove Army is here and it has become the most popular drum project on the Czech scene.

If you are interested in Groove Army Show with Tokhi or if you have any question or you have a proposal of cooperation, do not hesitate to contact us. We will be very happy for any feedback.